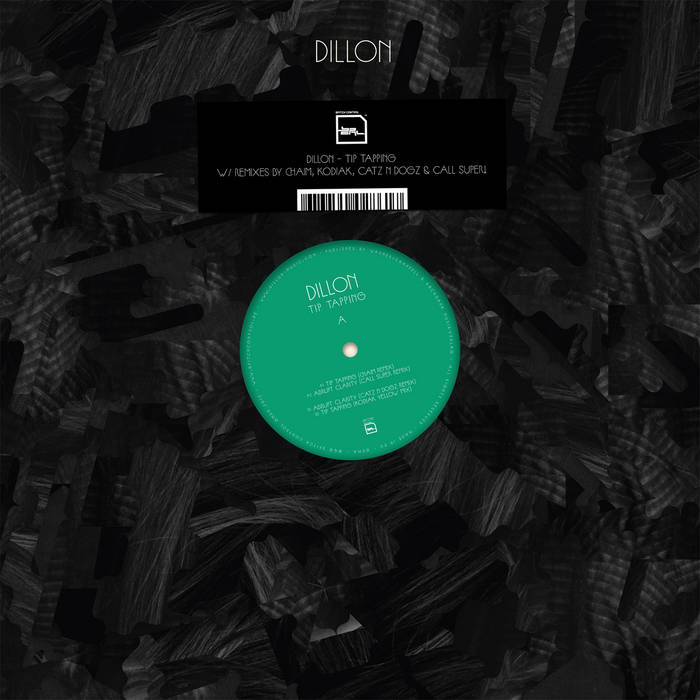 “Tip Tapping, in the dark” – a feeling that night owls know all too well. Particularly those that hang out in dark clubs, moving to electronic music while occasionally appearing in the light of the strobe. Whether or not the club jungle is the subject of the song “Tip Tapping” off singer Dillon’s captivating debut album “This Silence Kills” is something everyone needs to figure out for themselves. What is for sure is that her album, which balances chansons, pop, techno, and digital chirping, sent waves through the media and quickly became a critics’ favorite. And did so with an atmosphere full of dark magic and a groove that doesn’t want to hit the club. Until now. With the first remix EP to Dillon’s album, the doors to the dance floor have now been thrown wide open – and in a variety of different styles at that.
Based loosely on the principle that “a remix is only fun to make when you can inject completely new aspects into a track,” the producers Kodiak and Chaim took the song “Tip Tapping” and ultimately only kept Dillon’s voice to use for the tracks’ foundation. Chaim, our house specialist from Tel Aviv, just listened once, then had a friend and fellow singer from Tel Aviv, Erez, reinterpret the lyrics with dark vocals, and afterwards produced a remix that is a cool monument to Chicago house. It goes without saying that he is also totally in love with Dillon’s unmistakable timbre, which is why he came up with another remix where he allows her voice, with the reverb knob on 10, to float above a springy bass line which dangles in the middle of a tech house bomb full of playful surprises.
The duo Kodiak also served up two remixes to “Tip Tapping” as well. The British pair are no strangers to BPitch. Back in 2010, they produced a sensationally rhythmic remix of Jahcoozi’s track “Barfoot Wanderer” under the pseudonym Object Object & Raw Milk. With their yellow remix, they now offer up an infectious, deep rhythmic study inspired by dubstep which has us looking at breakbeat in a whole new light. In this track, Dillon’s voice dances around powerful basslines and emerges seductively from the depths of the room, only to mysteriously disappear into them afterwards once again. And Kodiak’s second remix, which goes by the name “Red,” also dynamically pulls dubstep into the club – but in a way that could easily get open-minded techno partygoers’ blood boiling.
Meanwhile, the Briton JR Seaton, alias Call Super, dove into the last song on the album, “Abrupt Clarity,” turning it completely inside out. His remix, with its bouncy low-key feel and affectionately placed melodic elements, underscores why the Berlin resident-by-choice is currently considered one of the latest sensations in the underground house scene. To close out the EP, Catz N Dogz serves up a commentary to “Abrupt Clarity” spurred on by hand claps. In addition, cowbells and a flurry of synth sounds dance together with drums full of reverb. In the middle of their remix, the fun-loving Polish duo included a break that is sure to electrify every listener when they hear Dillon’s vocals brought to a climax by a distorted piano melody, at the end of which a bass drum inescapably summons everyone to the dance floor. Dillon – in a six completely different ways. Dillon – in six irresistibly new ways. This time not packaged in fragile chanson pop, but in club music at its absolute best. Incidentally, Dillon really likes dancing to the remixes too. So who knows...maybe you’ll meet her somewhere with the strobe lights flashing, and then you can ask her what “Tip Tapping, in the dark” really means.